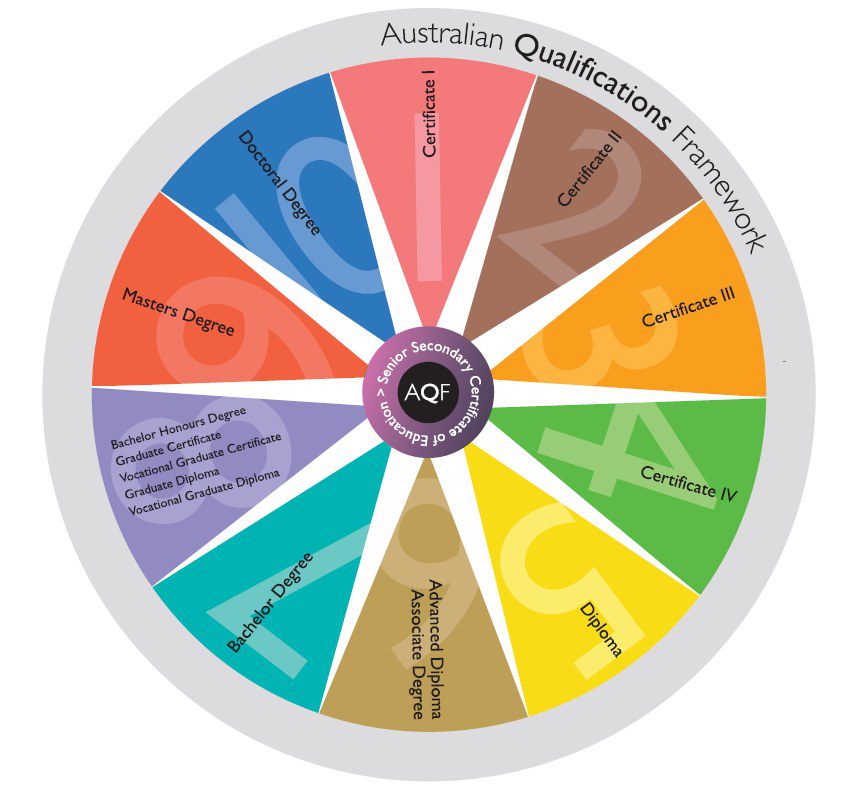 I chose not to make a submission to the AQF Review as I considered that providers, employers and regulatory/accrediting bodies were better placed to provide insights on what’s working and what’s not. It has therefore been eye-opening to see the diversity of views expressed in the 75 submissions I’ve read (from tertiary education providers, tertiary education peak bodies, peak business groups, education regulators and governments/government agencies). I don’t envy the reviewers as they try to bring together a response which will have the acceptance of most of the sector.

Following are some of my observations on a few key issues:

This is an issue I’m particularly interested in given the advances in this space being made by the non-accredited ed-tech sector. I consider it to be a significant threat to parts of the formal, accredited sector – particularly to those VET providers offering ‘fee-for-service upskilling’ to employers and individuals looking to change careers. I note that Emeritus Professor Beverley Oliver from Deakin University, told the Australian Financial Review this week that “The higher education system we have is good, but it won’t upskill and re-skill rapidly enough.” Her report on micro-credentials is available here and if you’re interested my reflections are here on how the offerings from the ed-tech sector are forging ahead of what’s on offer in the formal sector in Australia.

So if that’s the threat – the question is should short courses be integrated into the AQF? If so where and how? The answer is not easy. Numerous submissions to the AQF Review pointed out that there are a raft of short courses on offer, many by non-accredited providers. Some have specific learning outcomes and learners are assessed against these, others do not. Strong arguments were put from both sides of the debate – with the University of Canberra describing their incorporation as an ‘urgent priority’ and Swinburne University having already developed a very well thought through Credentialing Framework which they already use within the university (a copy is included with their submission). By contrast other university submissions (eg Sydney University and the University of Melbourne) argued that it is too early to include short courses/micro-credentials now but they will likely need to be included at a later date.

Others argued persuasively that we don’t need to include them at all, instead reminding the reviewers that that’s what we have a Recognition of Prior Learning process for, to recognise all forms of prior learning a learner brings to their current course and to give credit for that learning where appropriate.

Within the VET sector there was broader but not unanimous support (probably reflecting the unit based approach to qualification design, and the long history of providers offering single units or skill sets to learners where appropriate). ASQA pointed out, as did other submissions, that if short courses/micro-credentials were incorporated into the AQF they could only be regulated if they were nationally recognised and thus offered by registered providers. Skills Service Organisation, SkillsIQ, pointed out the risk that the increased availability of short courses might dissuade learners from full qualifications even when these would be more beneficial for them.

The need for quality assurance was a common theme. Some (mostly higher education) submissions pointed out the regulatory burden for the regulator in having to quality assure these additional sub-qualifications for them to be part of the AQF.

The business peak bodies were split. AiGroup and the BCA want short courses added in while ACCI considers the AQF is too problematic in its current form for it to be expanded.

Four of the five State governments which made submissions want to see some short courses included in the AQF – with appropriate quality assurance. The fifth submission did not argue against their inclusion, rather it discussed some of the issues to be considered if they were to be included.

Summary – on balance there seems to be more rather than less support for including a limited set of micro-credentials/short courses into the AQF. Specific types of shorter VET courses would be more straightforward to include, although I expect the Swinburne University framework will provide some assistance to the reviewers as they contemplate how shorter courses might be added at the higher levels of the framework.

Volume of learning and a credit points system

Before I unpack the general tenor of the submissions – I should note that the Hon Steven Joyce (Expert Reviewer of the VET system) was speaking at the National Apprentice Employment Network conference last week. While there he commented that he had spoken to Prof. Noonan regarding the Review and specifically volume of learning changes and the introduction of credit points. On the basis of that discussion he expects the Review to recommend changes as per those outlined in the AQF Discussion Paper…

Views on the proposal to change the measure of volume of learning in the AQF from years to hours and from the ‘typical’ learner to the ‘new’ learner were contested and differed across and within sectors and provider types. A number of universities argued that the notion of duration was outmoded and that the AQF should be founded on learning outcomes. A number of submissions from RTOs and VET sector stakeholders expressed the same view. Skills Service Organisation, Skills Impact, went further and argued that the AQF was focussed on provider delivery and ignored on-the-job and workplace learning. The claimed the Review needed to build this into the AQF, put more emphasis on assessment and allow other organisations (beyond education providers) to award AQF qualifications.

By contrast others in the sector (including members of the Group of 8) recognised that while learning outcomes should be the focus of the AQF, from a practical sense regulators needed some type of benchmark to use to determine where different qualifications ‘sat’ on the AQF, and that hours were a more useful measure than years.  Some of the submissions noted that the introduction of trimester teaching models in some universities had made the use of years redundant, while other university submissions seemed to ignore that fact and argued instead for no change. A number of submissions in the VET sector argued against moving from years to hours as a measure – with the view that this was confusing and interfered with/cut across the nominal hours States use to fund VET. The current, quite significant, disparities between nominal hours and volumes of learning was also raised.

While I personally see merit in a shift to hours (perhaps that’s the ex-regulator in me) I couldn’t help but agree with this observation from SkillsIQ: “a poorly developed, taught and assessed course of 12 months will not achieve better outcomes than a course of 6 months’ duration which has been well-designed with close industry collaboration, and is delivered with high-quality teaching and assessment.”

Discussion of the proposed shift from ‘typical’ to ‘new’ learners raised a raft of questions. Some argued that the concept of a ‘new’ learner could not be applied to someone enrolling in a postgraduate program. I had understood the Review to be proposing that a ‘new’ learner is not new to study per se but is someone who hasn’t done study in that field and at that level previously. Perhaps the concept is a fairly theoretical one but many submissions felt it had merit.

The proposed credit point system was both supported and ruled out for all sorts of reasons. A number of providers said credit point systems should be left to the provider (with some universities having their own points systems), others that it should be voluntary and others supported the proposal. On balance support for the proposal in the submissions I read was the stronger view. The work involved in implementing the change and the costs to both providers and regulators was frequently raised.

VET reform – what’s to be done?