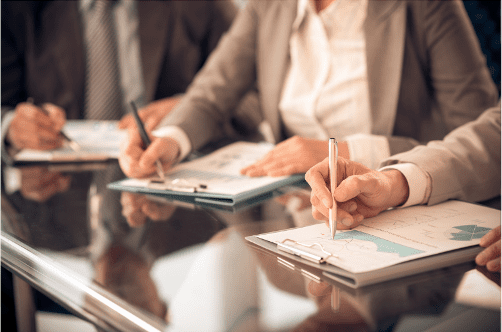 The annual NCVER VET funding data for 2020 has just been released. The data shows there are wide variations by jurisdiction in the level of recurrent funding provided over the last four years. 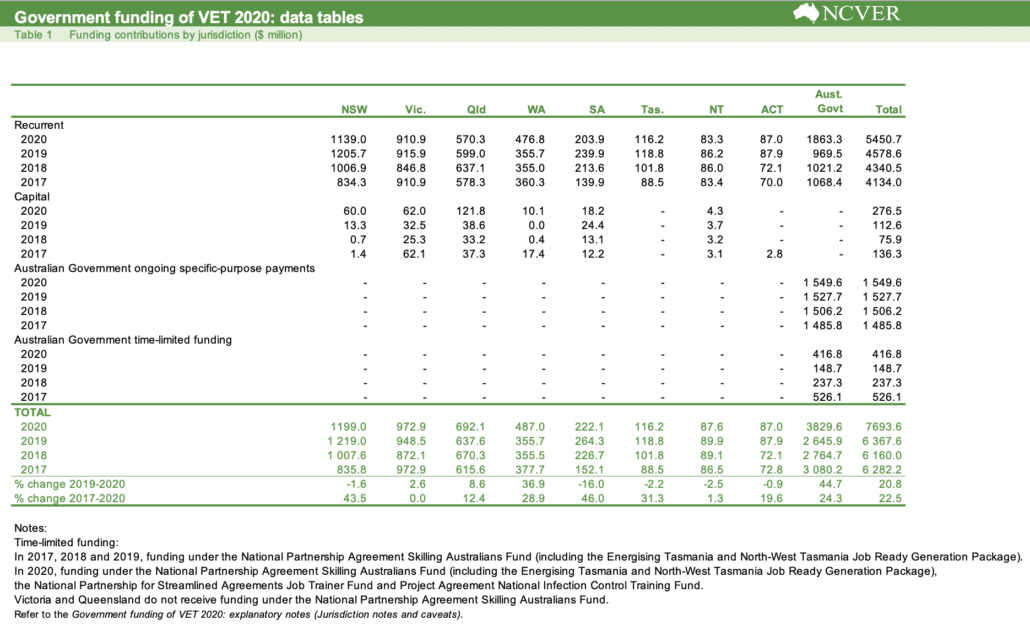 The NCVER report also includes some interesting data on VET Student Loans funding, showing that the total amount of funding provided by the Commonwealth government has declined again this year.

There are also details on the share of loans going to state/territory government-subsidised VET students versus the amount paid to full-fee-paying students. The growth in loans has been to non-subsidised students.

And again there are interesting state/territory differences.

There was a strong increase in loan funding to students at TAFE (10%) and private providers (30%) between 2019 and 2020 in Queensland – potentially suggesting fewer subsidies were made available for diploma level courses by the Queensland government in 2020, and hence providers and students were more reliant on the loan scheme. 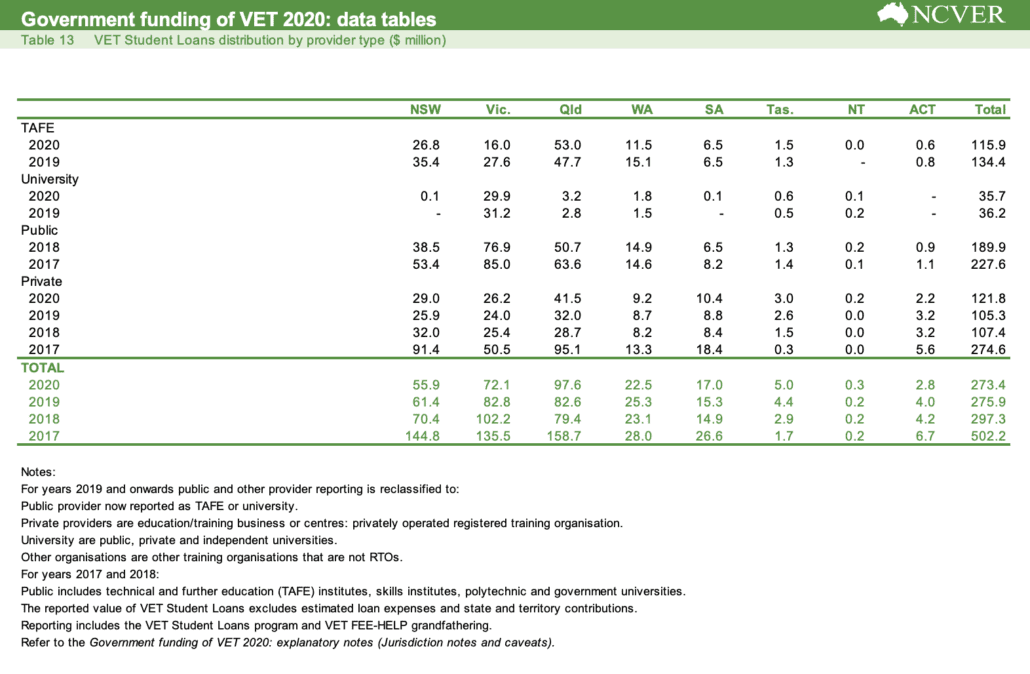