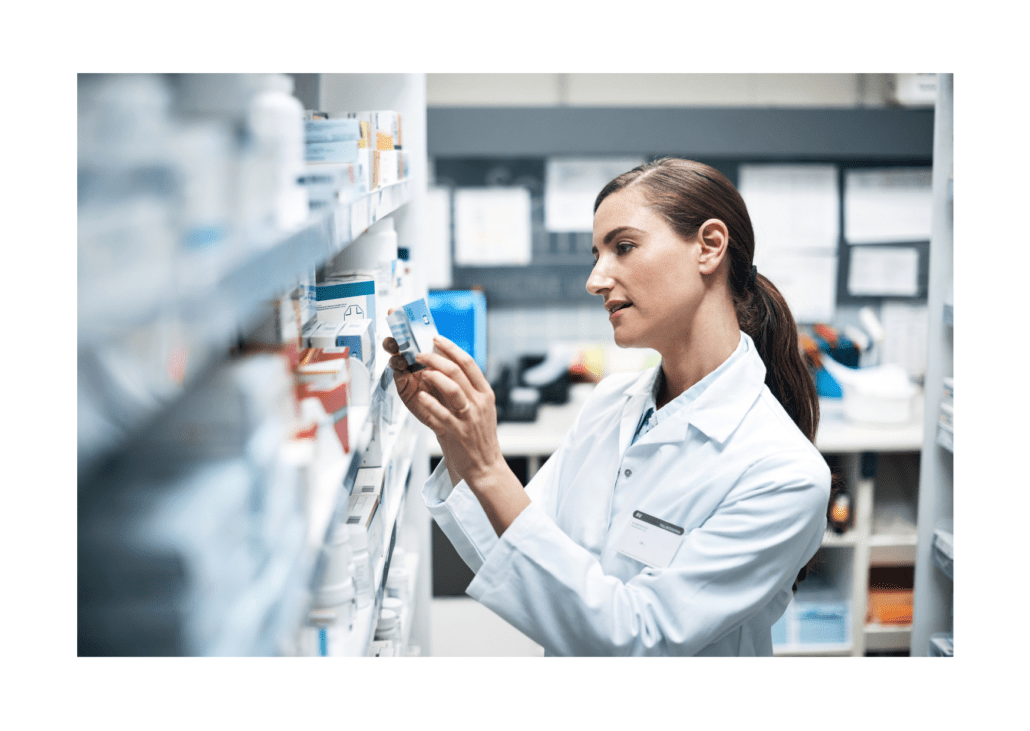 In July 2020, the Prime Minister, State Premiers and Territory Chief Ministers agreed to co-fund the JobTrainer scheme which would see an additional $1 billion invested into the VET sector to support individuals gain skills needed for Australia’s post-COVID rebuild.

The NCVER have just released data on the first three months of government-funded VET activity for 2021. When compared with previous years there has been significant growth in both students and program enrolments in NSW, Western Australia and the ACT. And in NSW, Victoria, Western Australia and the ACT there has also been significant growth in subject-only enrolments. 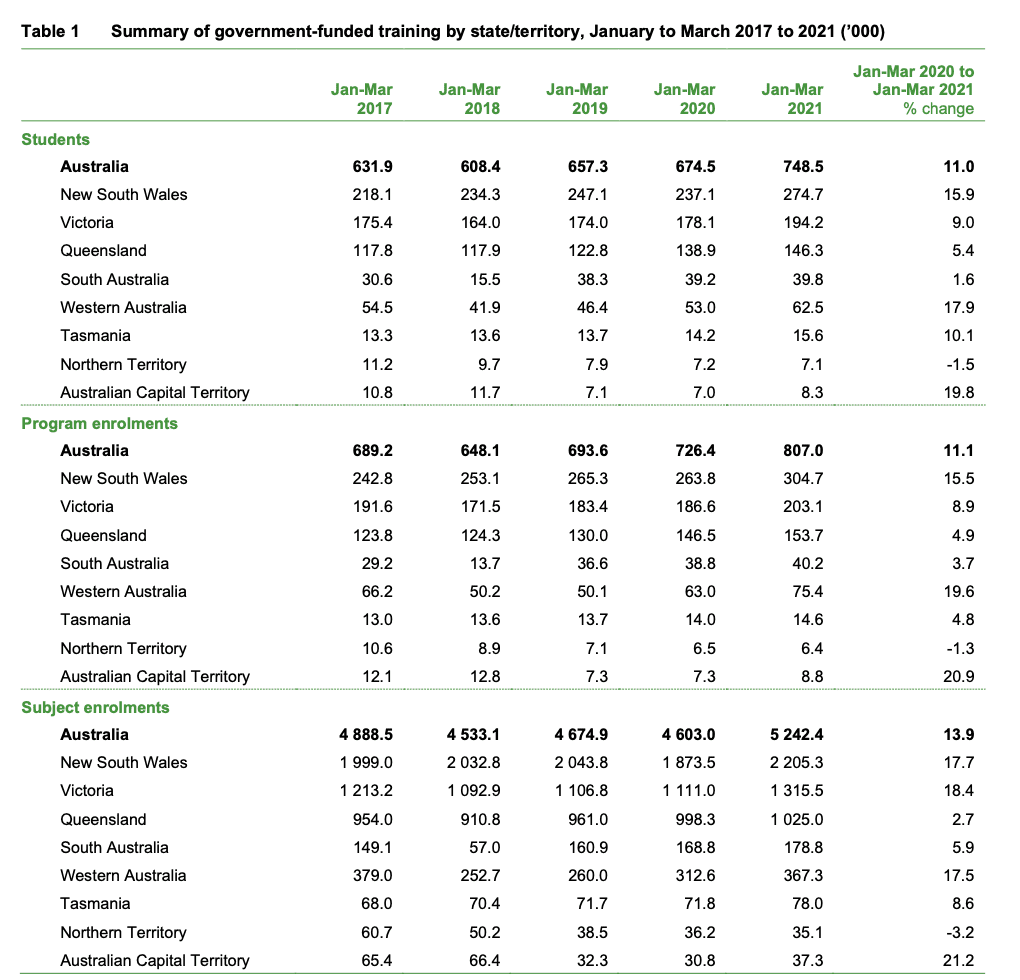 Which providers did students choose?

When looking at which providers students enrolled with, the data shows that nationally there has been a huge increase in government-funded enrolments in independent providers (24%) and other training providers such as schools, industry associations, enterprise RTOs, etc (20%). The ACE sector suffered a decline in enrolments (-7%) compared with the same period in 2020, and TAFEs (7%) and other government providers (5%) experienced much more modest increases.

Independent providers enrolled almost one-quarter as many government-funded students this year as they did last year – and the Commonwealth government is pursuing more contestability of funding in the next National Skills Agreement which State and Territory leaders signed on to in the Heads of Agreement.

At the State-Territory level there are noticeable differences in government investment (in TAFEs and independent providers) across both the full five year period and in the last twelve months.

If I still worked in the TAFE sector I would be enormously worried by these shifts. They show that over the last five years the growth in enrolments has been stronger for independent providers in all jurisdictions except Victoria, Tasmania and the NT (where there has been a decline for all providers but it has been more severe for independent providers). In all other jurisdictions in the last five years the highest levels of growth have been in the independent sector.

And in the last 12 months, as governments invested their JobTrainer funding, all jurisdictions provided a higher level of increase in their funding for independent providers compared with TAFEs, except Queensland and the ACT.

What courses did students choose?

It is notable is that, despite all of the efforts of the VET sector to create national Training Packages tightly aligned to specific industry needs (and with State/Territory government approval needed on the content of all Training Packages) – non-training package enrolments consistently comprise approximately 20 percent of all government-funded enrolments. Eighty percent of these government-funded non-training package enrolments are in TAFEs and other government providers.

Between January and March 2021, the Training Packages with the highest enrolments were:

Unsurprisingly, given COVID-19, the largest increases in government-funded enrolments in the first three months of 2021 compared with 2020 were in Health (23% increase) and Community Services (22%), compared with an overall increase of 11 percent; although once again the largest percentage increase was in non-training package enrolments in independent providers.