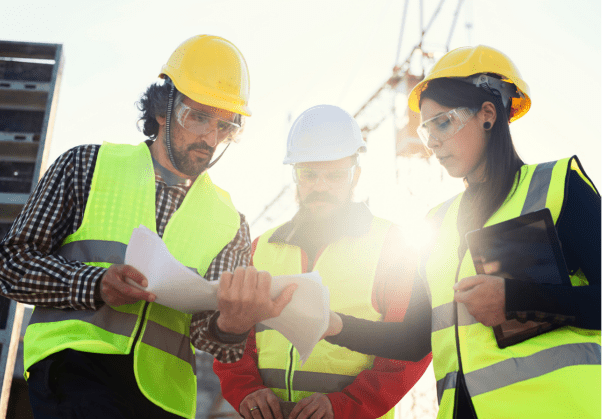 Last week the government funding data for the VET sector for 2020 was released and it shows a number of surprising things.

Firstly though some important context – I used my Campus Morning Mail column last week to highlight how poorly the NSW VET system appears to be performing when compared with the other two East Coast states (Victoria and Queensland) in terms of its ability to address state skill shortages.

For the first time ever, thanks to the National Skills Commission, we have nationally consistent data on both national and state-level skill shortages (for occupations requiring both higher education and VET qualifications).

The Skills Priority List will be produced annually in future and shows the following VET-related occupations which are in shortage now and with expected significant future shortages.

(The labour markets in other jurisdictions are less similar and may also be impacted by other factors eg the significant impact of mining in the Western Australia economy and the ageing populations of Tasmania and South Australia. Hence any relationship between their VET systems and occupational shortages may not be as clear cut.)

I hypothesised in my CMM column that the reason for the mismatch in NSW might be the decision by the government to direct most of their VET funding to TAFE, compared with the other two East Coast states.

In 2019, 80 percent of NSW VET funding went to TAFE NSW. By contrast Victorian TAFEs and dual sector universities received 68 percent of government funding for VET and in Queensland the figure was only 59 percent (NCVER, 2020).

Whatever is driving the mismatch in NSW between the skills being produced and those in shortage – the NSW government’s decision to allocate a large portion of their JobTrainer funding in 2020 to short courses (at a rate no other jurisdiction got anywhere close to) may have widened the gap between the skills the state needs and the occupations in shortage.

On the other hand, the focus on short courses (predominantly locally developed skill sets) in NSW through the JobTrainer program was the reason for the significant increase in government-funded students enrolling in VET in NSW last year.

Aside from NSW, the only other jurisdictions to experience growth in government-funded VET students were Queensland and Western Australia which both recorded modest increases. 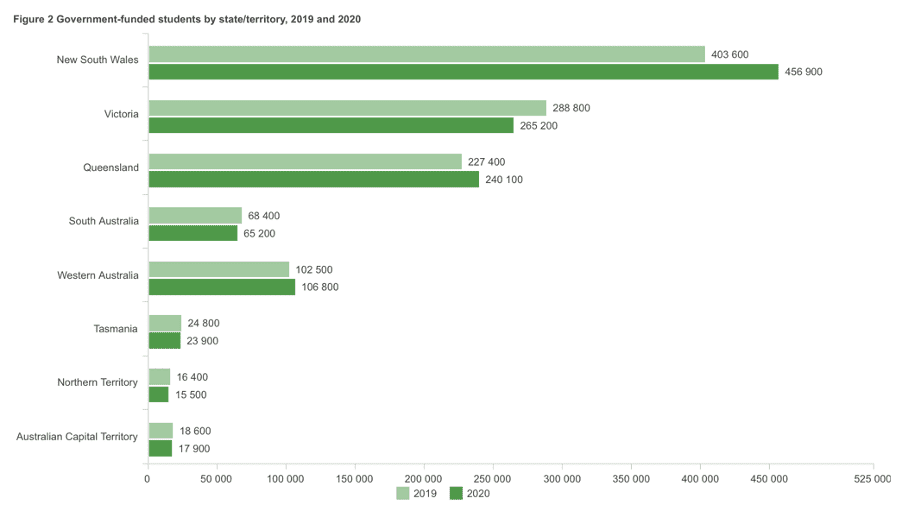 Government-funded students in the ACE sector declined in all jurisdictions (noting that not all jurisdictions have an ACE sector/providers). Private providers enrolled slightly more government-funded students in South Australia and Western Australia and held steady elsewhere except Victoria where their student numbers declined slightly. 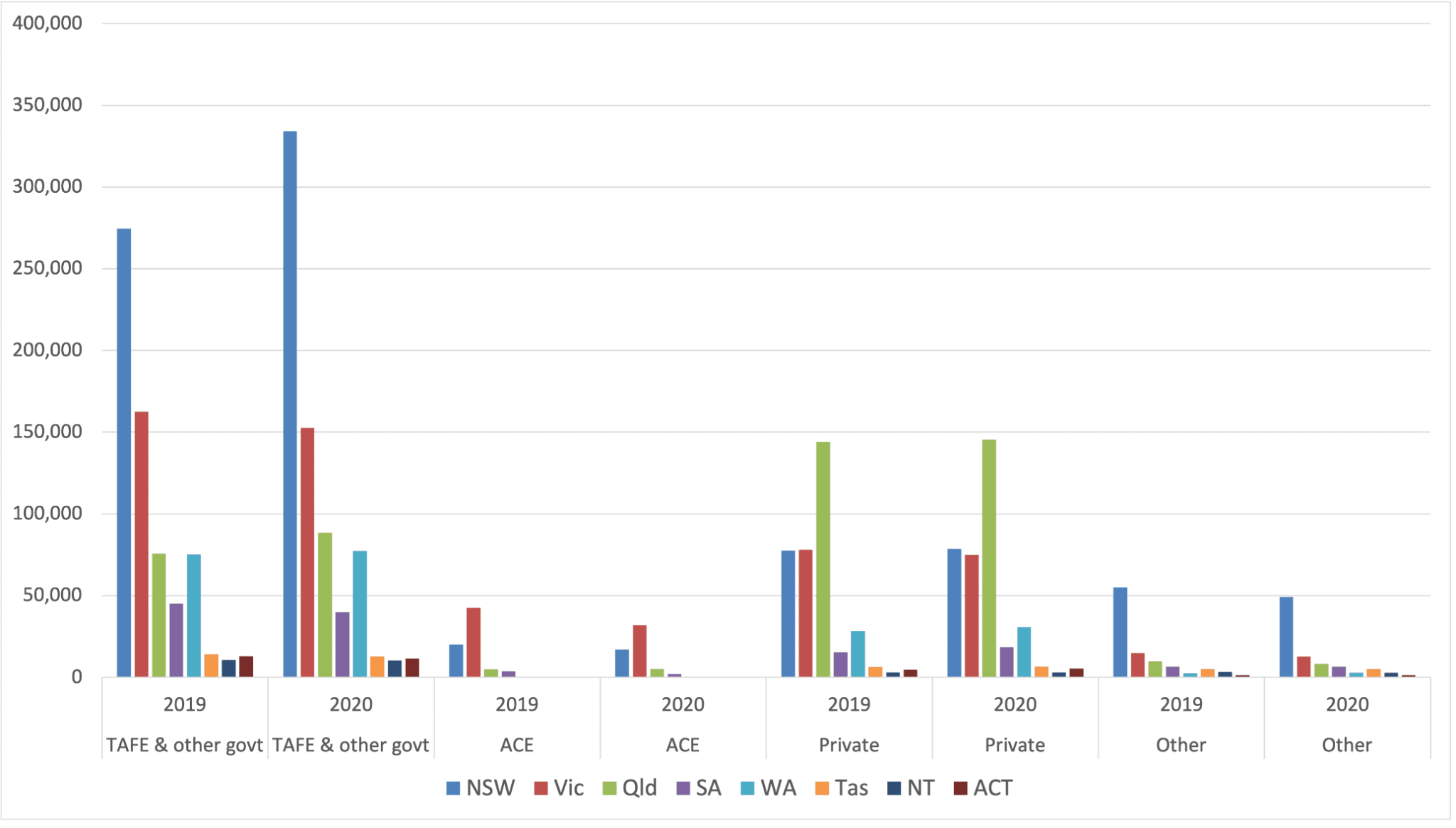