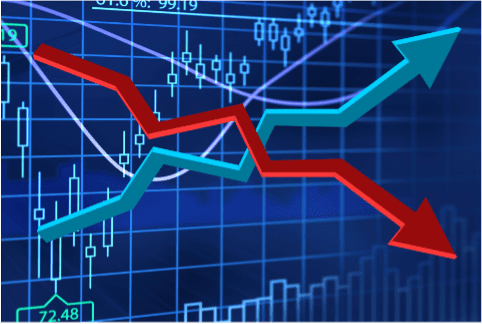 Governments across Australia invested in tertiary education initiatives during the COVID-19 pandemic, including JobTrainer funding in VET and funding for Undergraduate Certificates in higher education. Their aim was to help workers avoid long-term unemployment as COVID prevention measures saw businesses close their doors in a number of industries (and for prolonged periods in some key jurisdictions).

As all education moved online for periods during COVID (at both K-12 and post-school levels) the EdTech sector typically experienced significant growth in users on their platforms.

However when looking at the performance of ASX-listed education stocks over the last three years (and comparing them to the All Ordinaries ie the Top 500 stocks on the ASX) it is clear that only some education stocks have outperformed the broader market. That is in part because a number of them are heavily involved in international education but it is probably not the full explanation.

In total there are 22 ASX-listed companies I am aware of which are heavily involved in education in Australia. These include some which operate educational businesses which are a relatively small part of their overall operations and because of that they are not included in this analysis. They are:

Similarly ReadyTech and TechnologyOne offer important tech platforms for the education sector – but again this is part of a much broader suite of offerings to organisations operating in a range of other industry areas, and hence they are also excluded from this analysis.

So what does it show?

If you’re not familiar with them – I’ve included links to their websites:

In addition to the ASX-listed entities focussed on the tertiary education sector, there are a number of K-12 and pre-K focussed companies listed on the stock exchange. With a couple of exceptions, their performance has similarly underperformed the All Ordinaries over the last three years.

And once again, in case you’re not familiar with them – I’ve included links to their websites:

*There is one other ASX-listed organisation, Site Group International Ltd, which operates in the tertiary education sector. It has made significant changes to its operations recently, in part as a result of action taken by the ACCC in relation to its former VET FEE-HELP provider (Captain Cook College). These extraordinary changes made it difficult to compare its performance with the performance of other tertiary-education focussed ASX-listed companies and it is therefore not included in this analysis but will be in future updates.

All data used in this analysis was sourced from the ASX. Hyperlinks have been included for all companies mentioned in this analysis but may not be showing consistently – hover your cursor over any of the organisations you are interested in and you will be able to click through to their websites.

2022 Federal election – what will it mean for VET?