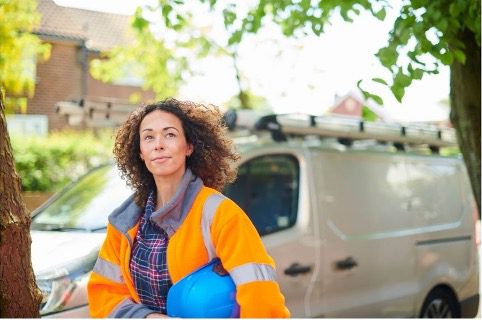 Labor’s election commitments for VET include:

When releasing their costings Labor stated that the differences between their figures and the Coalition’s included their extra investments in areas like VET. It therefore appears that the funding for their 465,000 fee-free TAFE places is additional to the $3.7B in extra funding which the outgoing Coalition government included in this year’s Budget.

The Coalition anticipated that this extra funding would deliver approximately 800,000 additional VET places over the next five years (and their intention was to allocate some of the funding to full qualifications and some to fund short courses/microcredentials).

When fee-free TAFE was introduced in Victoria in 2019 there was an initial increase in government-funded TAFE enrolments after a decline in the preceding year (when the policy was announced in mid-2018 prospective students deferred enrolment until January 2019 when Free TAFE commenced). Note that: 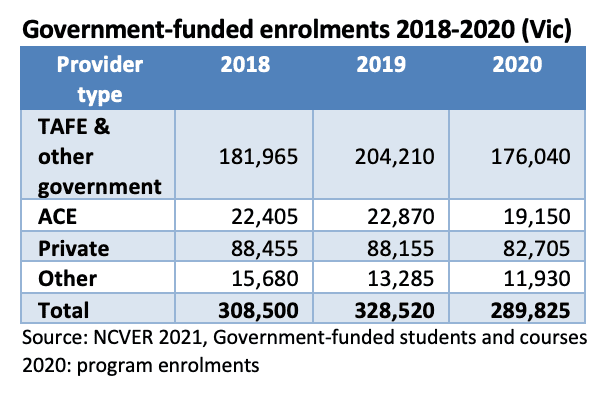 Based on the Victorian experience, the impact of fee-free TAFE on non-TAFE providers is likely to be modest because of the flexibility in most States and Territories, where governments allow the providers they fund some discretion in relation to the student fees they charge.

That is not the case in New South Wales and Western Australia, and it is in these two jurisdictions where fee-free TAFE could negatively impact non-TAFE providers because these governments mandate the student fees which all government-funded providers must charge.

It is unclear if the NSW and WA governments will look to allow non-TAFE providers to reduce their student fees to match the Commonwealth’s fee-free TAFE offer. If they choose not to, then fee-free places in TAFE will be more attractive to students, although the total number of fee-free TAFE places each year will be only approximately 10 per cent of all government-funded places.

70% of government funding to TAFE

If implemented uniformly across the board Labor’s policy will see non-TAFE providers lose 14% of their current VSL funding (ie a total of $38.25m) and this funding would instead be allocated to TAFE Institutes.

Based on media reports and evidence given in Senate Estimates hearings, it is understood that one of the reasons why States, Territories and the former Coalition government were not able to agree on the details of the new National Skills Agreement was State and Territory governments’ concerns about the impact of the introduction of more nationally consistent and efficient pricing mechanisms for VET funding.

Given Labor has not indicated it is looking to pursue the same policies I expect negotiations on the National Skills Agreement will be less contentious and the new Agreement should be finalised in the next few months – for introduction potentially from January 2023.

The above details are extracted from a comprehensive briefing provided to subscribers to our sector updates.

ASX-listed education stocks – how are they performing?